Holy moly Uncle Rollie, there are a lot of fucking people in this country!

With India’s population at 1.3 billion, I do mean fucking people quite literally.

The insane number of people in India creates a mind boggling number of mind numbing challenges, not the least of which is creating jobs for them. West Bengal, which was ruled by a communist regime for 34 years until 2011, has a population of 90 million. The commies never got close to achieving the goal of full employment in the state. I could achieve full employment in West Bengal  within one year of taking office, if the citizenry were to elect a Rhino government, with my good and clever self at the helm.

Oh, yes, I hear you laughing at my bold boast, but we will see who’s laughing after I have laid out my oh, so simple plan.

that is, Impossible for other politicos, – left, right, or centre – to whom Rhino logic is unknown. The problem with non-Rhino politicos is that they don’t understand how to make a perfect Rube Goldberg machine.

Oh, my, I have drifted off topic, yet again, haven’t I? I promised to tell you how I would achieve full employment if I were Chief Minister of West Bengal, right?  Okay, here it is.

I would outlaw the cremation of  human corpses.

Instead of burning or dead relatives, families would have to bury them.

Alas, my brilliant idea has no chance of being implemented, because people are told what is right, and what is wrong when they are young and intellectually malleable, and once their minds are made up on something as scared as how to dispose of a corpse, they tend to remain made up.

Which brings me back to what this meandering trail of farcical gibberish was supposed to be about in the first place, which is how to turn empty coal mines into gold mines.

This, too, is simple, although it will likely prove to be too simple for some to fathom. That would be ironic, because I have long asserted that, as smart as I am, I’m still not smart enough to figure out how to dumb it down enough for the majority of people to understand.

Enough! On with it! Once more, unto the breach, dear friends!

It has come to my attention that West Bengal has an abundance of mothballed coal mines.

The state government is trying to figure out how to turn them into tourist attractions. Here’s the answer, in one word: ART!

One of the great advantages of India having such an enormous population is that it doesn’t take much to draw a crowd. Canada is three times larger than India, but has 1/40th the population. In Canada, you have to do something fairly spectacular to get people out of their igloos.

In India you could draw a crowd of 10,000 to watch two dogs fucking.

In The West, we speak of two kinds of culture – mainstream (popular) culture, and underground culture.

My proposal is to organize an underground arts festival. Literally underground.

Take a number of those abandoned coal mines,

Local artists would be featured, naturally, but so would artists from around the world. I don’t doubt, for a second, that the artists will meet and collaborate, creating breathtaking new art.

Obviously, there would have to be a great deal of work done to make sure the mines are safe. But that’s the kind of thing international development organizations love to pour money into.

Since you have so many abandoned mines, and because you have good weather most of the year, an underground arts festival could run for months. One group of artists at one mine, one weekend, and a different group, at a different mine the next weekend, and so on.

Some of the mines could become permanent art galleries. What could be done with holograms deep underground? Could the Mines of Moria (from Lord of the Rings) come to life by employing holographic technology?

Check out this video of the first circus to use holographic animals instead of live animals.

Now check out this fire breathing dragon flying around a baseball stadium in South Kores.

And check out what’s being done in public spaces with augmented reality.

The mines already have roads leading in and out of them.  Those roads are almost certainly in bad condition, but they are probably still good for mountain biking.

West Bengal could have the largest and greatest mountain bike highway in the world  if you connected all those abandoned mines. That’s a tourist attraction.

Slovenia has transformed one of it abandoned mines info a mountain biking park.

If West Bengal were to do the same, with a number of its abandoned coal mines, that are connected by mountain biking roads… well, I think the state could become a prime destination for mountain bike tourism, especially if you have an ongoing underground arts festival at the locations.

I can easily see a lot of people wanting to come here for a month, or more, to attend one underground arts celebration, then ride to the next, while stopping along the way to ride underground.

What else could be done with the empty holes in the ground? You tell me.

Next time I’m gonna tell you how to build a stronger medical tourism industry in West Bengal. 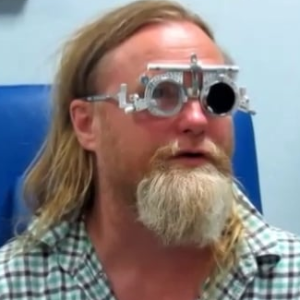